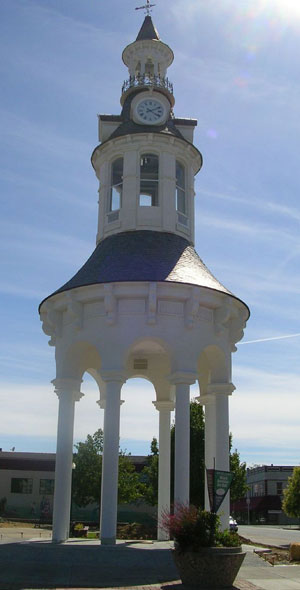 The Cone-Kimball Building with its famous clocktower stood for 98 years, 1886 to 1984. Pioneer businessmen, Joseph Cone and Gorham Kimball, who wanted to have the best general store building in the region, built it.  That they succeeded was attested to by a San Francisco paper of 1889, which stated that the building was “a monument to the industry, energy and enterprise of the owners, the finest business house north of Sacramento and unsurpassed by any in the state…”.  Through the years many businesses flourished in the building and improvements were made, but the basic structure and tower remained unchanged.

The ornate and beautiful Victorian clocktower was often called “the Heart of RedBluff“…. and, for good reason.  It best symbolized the Victorian background and flavor of the city, and crowned one of the most photographed buildings in the region.

When it was lost by fire on April 30, 1984, many felt that they had lost their heart. After the fire a number of citizen committees worked for several years in an effort to determine what to do with the lot.  In February 1997 the Red Bluff Rotary Foundation made a decision to purchase the lot for $83,000 and united in a partnership with the Downtown Red Bluff Business Association (DRBBA) and the City to develop a plan to RebuildThe Heart of Red Bluff, and the Cone & Kimball Committee was formed.

Now the community is giving from the heart to rebuild its “heart” in the form of a clocktower replica.  Red Bluff will have a historic and nostalgic part of its past brought back to life in the planned plaza, which will include as its focal point a replica of the beautiful Cone & Kimball clocktower.

Improvements were made and the mortgage retired with community donations and proceeds from a variety of fundraisers in December 1999.   Partners For Progress have donated countless hours and thousands of dollars worth of in-kind services and materials.

In December 2002 the Red Bluff Rotary Foundation clocktower project was selected for funding in the amount of $250,000 under the 2002 Resources Bond Act, Historical and Cultural Resources Preservation, Opportunity Grant Program.

This was an enormous boost to the project and finalization of the clocktower plans for the foundation, steel structure and facade were given high priority.  In June 2005 the engineered plans were approved, grant funds became available and Rotary contracted with Triple D Metal Work and Fabrication to begin building the clocktower. The official clocktower groundbreaking was Saturday, April 30, 2005 … the 21st anniversary of the disaster that destroyed the heart of Red Bluff.

The structure is approximately 75 feet high including the brick trimmed columns..  Purchase of the clocks and carillons were made possible by a $50,000 donation from Vesper Masonic Lodge #84.

The Red Bluff Rotary Foundation’s Cone & Kimball Plaza project was selected for funding in the amount of $23,100 from The McConnell Fund of the Shasta Regional Community Foundation in November 2008.  This is an enormous boost to finalization of the project and the funds are dedicated to the landscaped water feature element of the original design.

Consider this project an old fashion “barn raising” where the community comes together as one to build something of which they can all be proud.  In this case, it will be “dollar raising” but the end result will be the same.  Red Bluff will have a lovely plaza in the heart of historic downtown which will be a testament to its hearty spirit, both past and present.  Just as the city’s early residents long ago built the marvelous homes and buildings which are their legacy today, we now have an opportunity to build the Cone & Kimball Plaza as a link from the past to the future and provide a fitting legacy for our 21st century children to continue. 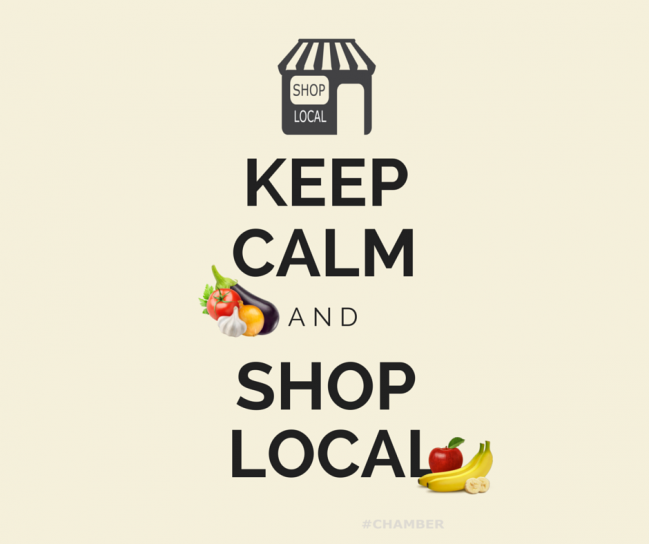